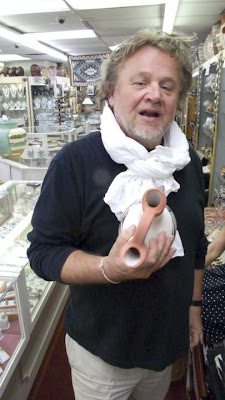 WOW! that's Anotonin to me. We have known of one another for many years in the photography circles of New York City and New Mexico when Antonin comes to teach photography workshops. I originally met him while speaking at the Houston Photo Fest way back when I was based out of NYC. The lights dimmed and the images in bold black and white, gritty appeared upon the screen. It was like a heart beat slow and steady and kept you breathless waiting for the next. It was at this event where I really felt emotionally moved by Antonin's images. One such image was of little girls dressed like angels coming right off the screen into the viewers laps. I was so moved by the grace of his eye and felt at that moment that he was a messenger of a different sort. We connected later after the show where I talked him into trading an image. I wanted the angel girls and he wanted a print I shot of my son at 3 weeks old laying below a large redwood tree shot with an 8x10 camera. So the deal was made and we traded a few years later as I recall. I picked him up on my old BMW bike in Manhatten....I rode up and here's the jolliest guy you will meet toten a print and cigar. I hand him a half helmet and he jumped on the back of my bike ... almost popped a wheelie.....we rode to my place and dropped his print off and got mine. Over the years we connect on occation never enough but its always a pleasure.
God Bless you where ever you are Antonin your a special Spirit.

http://www.antoninkratochvil.com
Posted by Unknown at 9:15 PM